Now that we’ve stepped back, we’re getting closer to a point where a lot of “smart money” might be interested in getting involved.

The Bitcoin market fell slightly during Friday’s trading session to break below the 200-day EMA. At this point it looks like we are testing the $ 35,000 level, but this is a somewhat minor support level. I think breaking down below and retesting $ 30,000 is a very real threat over Memorial Day weekend. Because of this, I think the overall look at this market is bearish, but the 200-day EMA has garnered enough attention that I think we’re at least going to ask some questions.

The $ 30,000 level below would be massive support and if we collapsed below that could open a bit of a “trap” as the market collapsed towards the $ 20,000 level. After all, this was an area that had been important in the past and one that would almost certainly eliminate a massive amount of foam in a market that had grown too long.

The institutional adoption of Bitcoin has been the subject of much discussion and the involvement of many institutional investors. Over time, it becomes increasingly clear that there are far fewer institutional buyers than initially thought. This makes sense, as we were watching the market go up in the air. Now that we’ve stepped back, we’re getting closer to a point where a lot of “smart money” might be interested in getting involved. After all, they buy value and get rid of the asset once it gets a little too expensive, which we have most certainly seen in recent times.

If we were to turn around and break above the $ 40,000 level on a daily close, it could be a good sign that we are moving higher. If that happens, I think the market will most likely turn to the $ 50,000 level. I don’t necessarily think that will be the case, however, that being said, I see it as a potential setup, but not the main setup that I expect. It’s very possible that we could see a simple consolidation in the range of $ 10,000 right now as we try to gain a foothold. 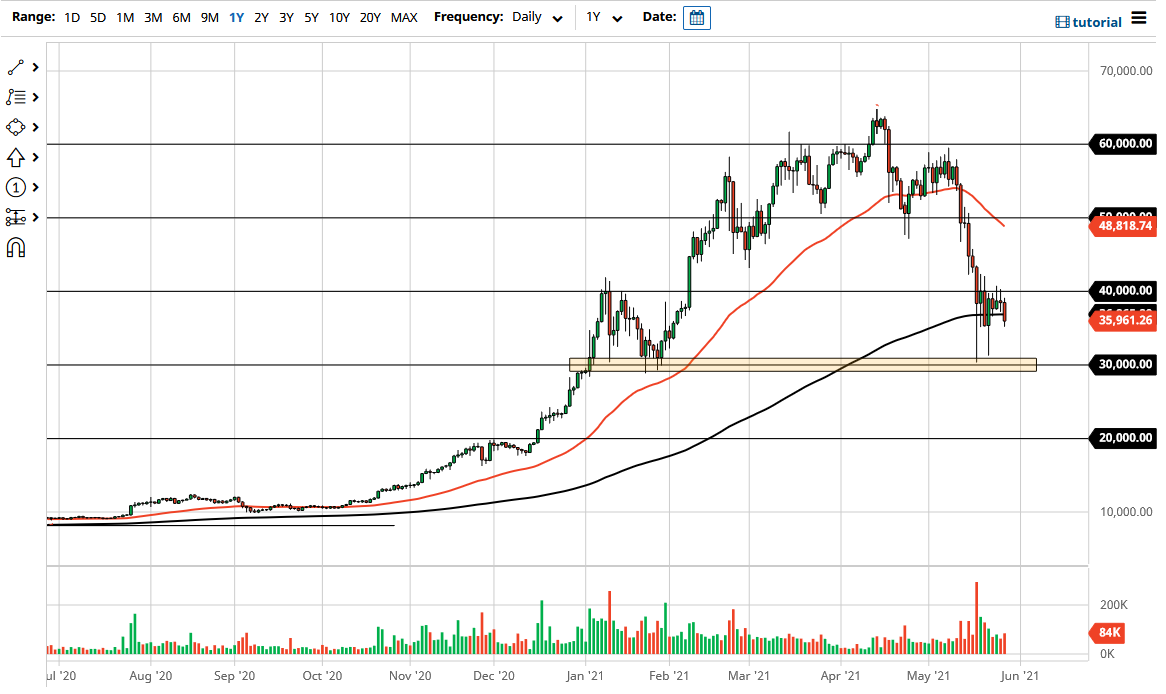