I’m just looking to tone down the rally every time it happens until proven otherwise.

The Euro rebounded from the crucial 1.08 level, an area that was previously supported. In doing so, it suggests that the market may be trying to save itself and form a short-term “double bottom”. Whether or not that holds true for a massive trend reversal is a completely different question, but at this point I think a rebound makes some sense.

Any rebound in the Euro will most likely end up providing a selling opportunity at the first signs of exhaustion, and therefore I will be looking to the short-term charts to take advantage. We are still in a downtrend, and it doesn’t look like much has changed, other than the fact that we tested a large noise zone. I suspect the 1.09 level will be a bit loud, followed by the 1.0933 level and then the 50-day EMA.

If we reverse a break below the 1.08 level, the Euro could go for the 1.06 level, which is the bottom of the overall consolidation zone just below. That being said, I think it will be more difficult than any type of major outage, because there is so much noise in that general vicinity. With that in mind, I think it’s only a matter of time before we see the market bottom, but it will be very choppy.

Keep in mind that the interest rate differential between the US and Germany continues to be very skewed, which favors the US dollar. For this reason, I think the market will likely continue to decline longer term, but we have fallen quite drastically over the past two weeks. A small bounce would make sense, but I don’t see a scenario where I would be willing to buy this market anytime soon. The Euro would need to break above the 1.12 level for me to turn bullish in the longer term, so ultimately I think it’s still a very negative market as it stands. With that, I’m just looking to tone down the rally every time it happens until proven otherwise. 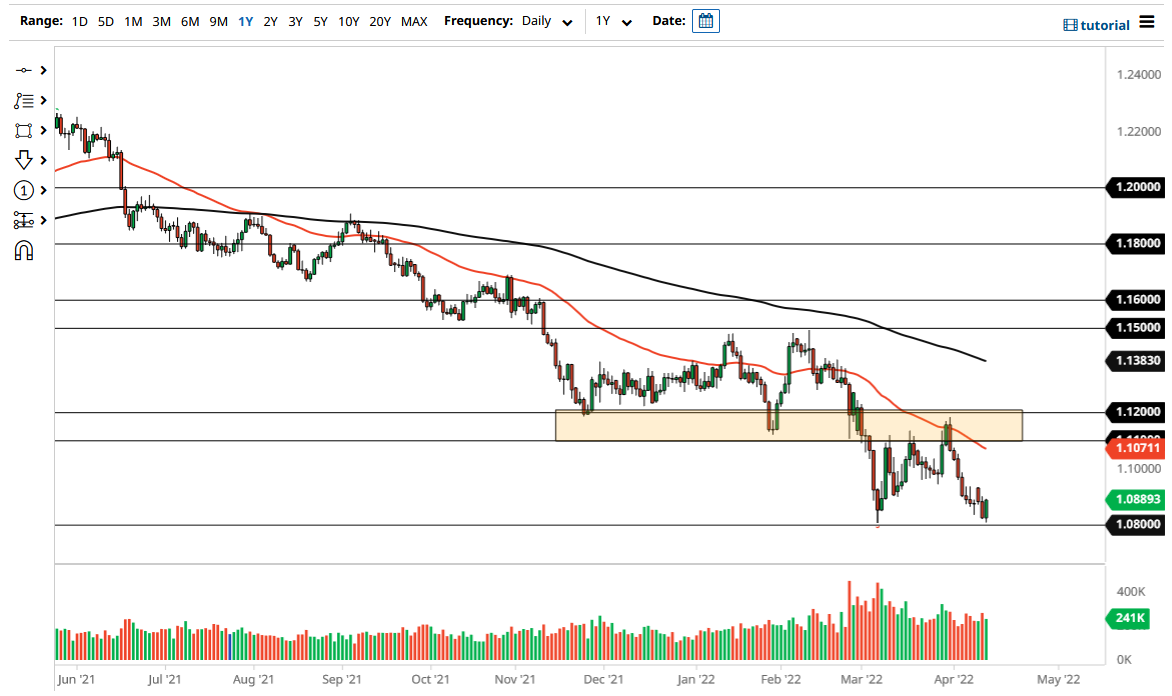