Our expectations indicate that Natural Gas will rise in its next trade as long as it stays above the 4.740 level to target early resistance levels at 5.404 price.

Natural gas spot prices (NATURAL GAS CFDS) declined during recent trading to intraday levels, to post daily losses. It settled at a price of $4.979 per million British thermal units, after rising in trading yesterday and for the seventh session in a row. From 4.03%, during the month of January, spot contracts increased by 32.19%.

Natural Gas March NGH22 settled at $4.874 per million British thermal units, up 5.1% for the session ending January with a gain of almost 31%.

Commodity prices rose on cold weather forecasts, which threaten to boost heating demand later this week and will likely affect gas production in Texas. Over the weekend, a snowstorm hit the northeastern United States, with record snowfalls falling daily in Boston. The storm dumped eight inches of snow in New York and recorded 23.8 inches in Boston, according to the National Weather Service.

Production topped 95 billion cubic feet on Monday, according to Bloomberg estimates, after hovering below 94 billion cubic feet last week. However, the market focused on the possibility of a production freeze as cold temperatures were expected to spread this week.

Technically, the bearish behavior of the price comes in its first daily trades as an attempt to reap the benefits of its recent rises. It picked up some positive momentum that could help it continue this short-term upside as it was affected by the break of the corrective downtrend line earlier. The price is supported by its continued trading above its previous 50-day simple moving average, also with the influx of positive signals on relative strength indicators, despite hitting overbought zones.

Therefore, our expectations indicate that natural gas will rise in its next trade, as long as it remains above the 4,740 level, to target the first resistance levels at the price of 5,404. 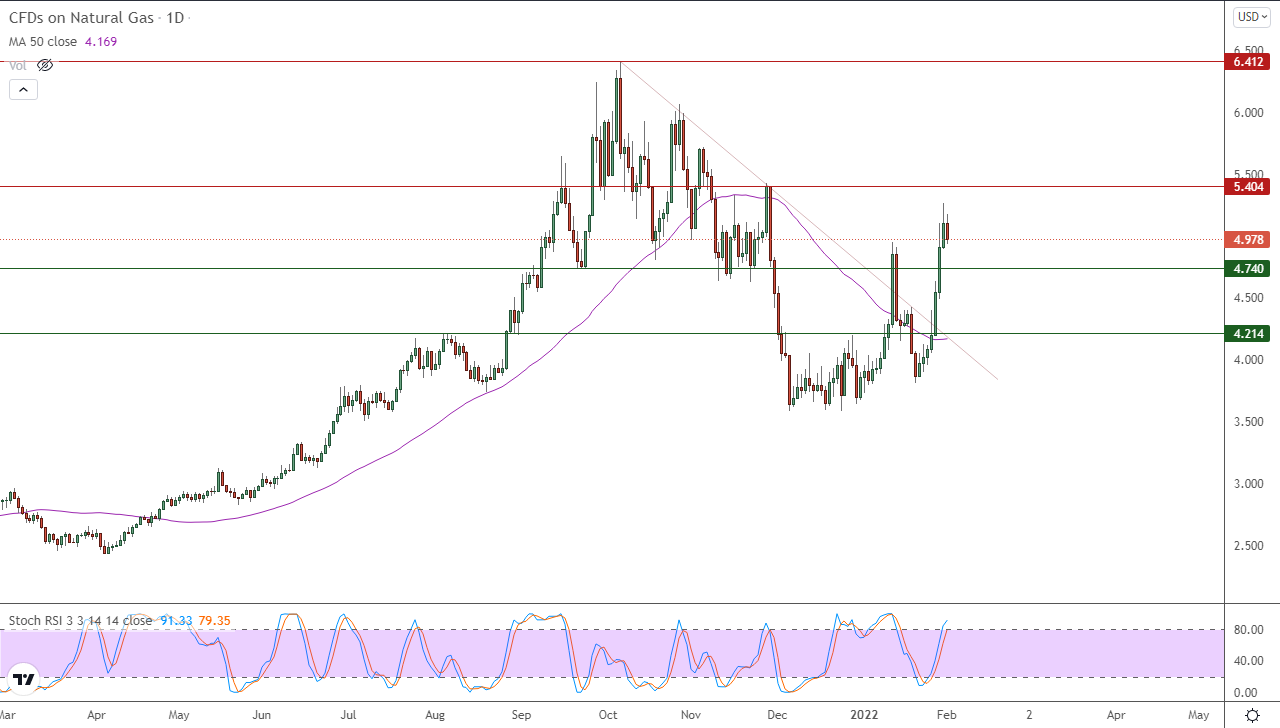