It is very likely that June will be more of a “fade the rally” situation, at least until the Federal Reserve changes its attitude.

The S&P 500 futures market was pretty negative throughout May, and June isn’t looking much better. We will most likely continue to see sellers whenever we try to rally, as Wall Street continues its tantrum over a lack of free and easy money. The Federal Reserve’s monetary policy tightening will continue to put negative pressure on risky assets, with the S&P 500 being particularly vulnerable.

Keep in mind that there are many worries about the US economy, not the least of which will be the American consumer stopping spending. After all, 70% of the US economy is consumer driven, and we’re focused on a major mindset shift. Most of the economic numbers related to consumer confidence continue to tumble, which means spending will most certainly slow. If this is the case, earnings will need to be readjusted based on future earnings. The one consistent message you hear from CEOs in the US is that future earnings are murky to say the least, and many of them are starting to suggest that the supply chain is in worse shape than we thought. In this scenario, it is difficult to make a profit.

Now that the market has broken solidly below the 4000 level, this should offer significant resistance to any recovery attempt. If we break above the 4000 level, that would obviously be a bit of a win, but not necessarily the be-all and end-all of a turnaround. On the downside, the 3500 level below could be a target, but I anticipate that would likely cause some sort of meltdown. Regardless of, it is very likely that June will be more of a “fade the rally” situation, at least until the Federal Reserve changes its attitude.

Right now, as long as inflation remains high, it’s hard to imagine that the Federal Reserve will be able to do anything other than tighten monetary policy. The market will continue to slump, especially if interest rates continue to rise, as the “risk-free rate of return” will continue to be a bigger hurdle for equities to overcome. It’s not that we won’t get the occasional rally, but I would consider every rally suspicious. 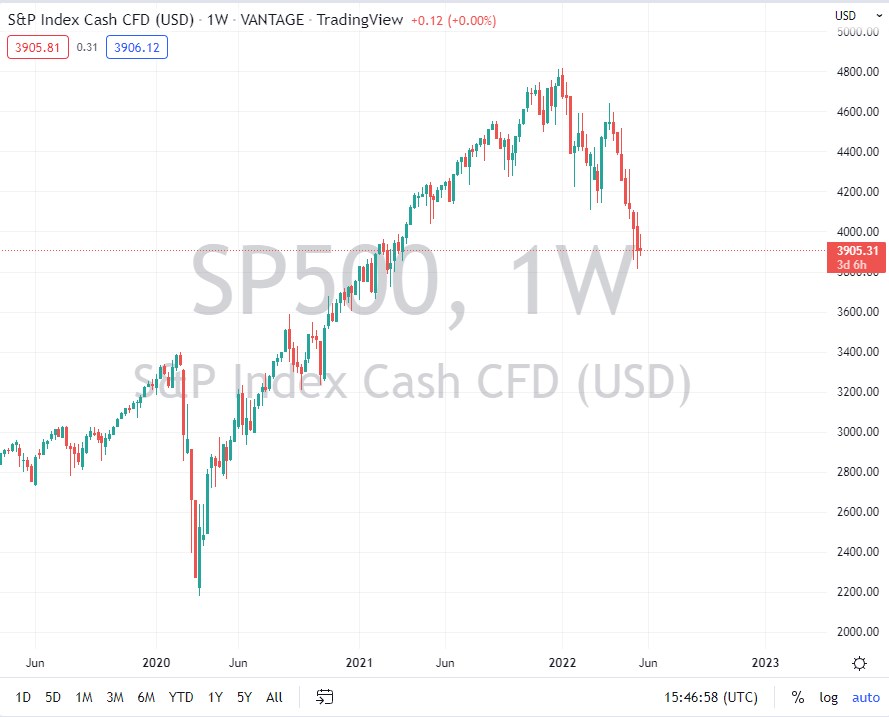